By Chimsima Zuhri on October 22, 2010 in African American History, October 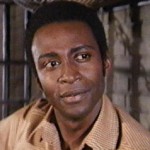 Little was born June 1, 1939 in Chickasha, Oklahoma. He earned a Bachelor of Arts Degree in Dramatic Arts from San Diego State University and received a full scholarship to graduate school at Juilliard. After completing Juilliard, he trained at the American Academy of Dramatic Arts. Little made his professional debut in 1967 in the Off- Broadway production of “MacBird.”

The following year, Little made his first film and television appearances. In 1969, Little made his Broadway debut in “Jimmy Shine” and in 1971 he won a Tony Award and a Drama Desk Award for Best Actor in a Musical for his performance in “Purlie”.

In 1989, Little won the Emmy Award for Outstanding Guest Actor for a role in an episode of “Dear John.” In 1991, Little appeared in the television docu-drama, “Separate But Equal.”