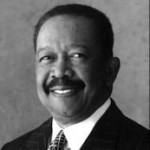 Jacob earned his Bachelor of Arts degree in economics in 1957 and Master of Social Work degree in 1963 from Howard University. He was a social worker in Baltimore, Maryland from 1960 to 1965. In 1965, he joined the Washington, D.C. chapter of the Urban League as Director of Education and Youth Incentives and rose to become President of the National Urban League in 1982.

During his tenure as president (1982 to 1994), Jacob fought cutbacks in federal social programs and the weakening of civil rights enforcement. He also advocated an urban Marshall Plan including entry level job training, housing, and job placement. Following retirement from the Urban League, Jacob served as an executive vice president at Anheuser-Busch Corporation and on the board of directors of several other corporations.