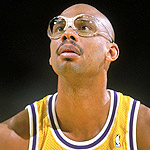 Abdul-Jabbar began his record breaking basketball accomplishments in high school when he led Power Memorial Academy to three straight New York City Catholic championships. Abdul-Jabbar played college basketball at the University of California from 1966 to 1969 and led them to three NCAA Division I Basketball Championships. He was a three-time First Team All-American, two-time Player of the Year and in 1969 was named the first ever Naismith College Player of the Year.

Abdul-Jabbar graduated from UCLA in 1969 with a Bachelor of Arts degree in history. Abdul-Jabbar was selected by the Milwaukee Bucks in the 1969 NBA draft and was the 1970 NBA Rookie of the Year. Over his 20 season professional career, Abdul-Jabbar was a six-time NBA champion, six-time Most Valuable Player, 19-time All-Star, and in 1985 was named Sports Illustrated Magazine’s Sportsman of the Year. Abdul-Jabbar retired from basketball in 1989 and in 1996 was named one of the 50 Greatest Players of All Time.

Abdul-Jabbar has also authored a number of books, including his autobiography “Giant Steps” (1983), “Black Profiles in Courage: A Legacy of African American Achievement” (1996), “A Season on the Reservation: My Sojourn with the White Mountain Apaches” (2000), “Brothers in Arms: The Epic Story of the 761st Tank Battalion, WWII’s Forgotten Heroes” (2004), and “On the Shoulders of Giants: My Journey Through the Harlem Renaissance.”