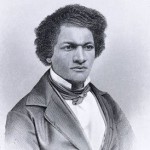 He moved to New York City and ran a grocery store, opened the first African American bookstore in the United States, and edited a newspaper called The Mirror.

Ruggles also published a pamphlet called The Extinguisher and contributed to abolitionist newspapers. He was active in the New York Committee of Vigilance and the Underground Railroad. He actively confronted bounty hunters who made a living by capturing runaways and educated enslaved workers in New York on the state law declaring that enslaved workers be emancipated after nine months of residence.

As a result of his activism, Ruggles was assaulted and his business was destroyed by arson. Ruggles died December 16 1849 and his biography, “David Ruggles: A Radical Black Abolitionist and the Underground Railroad in New York City,” was published in 2010. The David Ruggles Center for Early Florence History and Underground Railroad Studies is located in Florence Massachusetts.