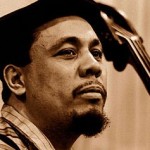 Mingus was born April 22, 1922 in Nogales, Arizona. He began writing advanced jazz pieces as a teenager. Mingus toured with Louis Armstrong in 1943 and in 1945 began recording. In 1952, Mingus co-founded Debut Records in order to conduct his recording career as he saw fit.

During his career, Mingus recorded more than 60 albums as a bandleader, including “Pithecanthropuus Erectus” (1956), “Mingus Ah Um” (1959), “The Black Saint and the Sinner Lady” (1963), and “Three or Four Shades of Blues” (1977). Mingus was inducted into the Down Beat Jazz Hall of Fame in 1971 and is considered one of the most important composers and performers of jazz. In 1993, The Library of Congress acquired Mingus’ papers in what they described as “the most important acquisition of a manuscript collection relating to jazz in the library’s history.”

In 1995, the United States Postal Service issued a commemorative stamp in his honor and in 1997 he was posthumously awarded the Grammy Lifetime Achievement Award. In 1999, his album “Mingus Dynasty” (1959) was inducted into the Grammy Hall of Fame as a recording of “historical or qualitative significance.” Mingus published his autobiography, “Beneath the Underdog: His World as composed by Mingus,” in 1971.

Other biographies of Mingus include “Mingus: A Critical Biography” (1984) and “Myself When I am Real: The Life and Music of Charlie Mingus” (1994).