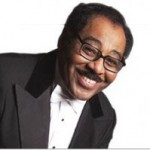 Freeman started piano lessons at the age of five and soon after also started playing the clarinet. He earned his Bachelor of Music degree in 1956, his Master of Music degree in 1957, and his Ph. D. in 1963, all from the Eastman School of Music. While at Eastman, Freeman served as conductor of the Opera Theater of Rochester from 1961 to 1966.

Despite his training, it took Freeman several years to consistently land conducting engagements because of his race and being an American. Most U S. orchestras were conducted by European conductors. In 1967, Freeman won the Dmitri Mitropoulos Conducting Competition. In 1968, he was hired as associate conductor of the Dallas Symphony Orchestra and in 1970 he became composer- in- residence of the Detroit Symphony Orchestra. In the mid-1970s, Freeman recorded a series of nine albums titled “The Black Composers Series,” which were critically and commercially successful and in 1979 he was named music director for the Victoria, British Columbia Symphony Orchestra.

In 1987, Freeman co-founded the Chicago Sinfonietta, a group dedicated to the presentation of works by composers of various ethnic backgrounds. They were particularly noted for presenting works by black composers. In 1996, Freeman was named music director for the Czech National Philharmonic Orchestra and in the early 2000s he launched an African Heritage Symphonic Series of recordings. Freeman is recognized as one of the first major African American orchestral conductors to make a mark in the symphonic world.