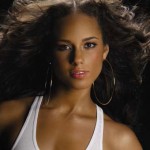 At the age of seven, Keys began to play classical music on the piano. She attended Columbia University before dropping out to pursue her music career.

Key’s debut album, “Songs in A Minor” (2001), sold more than 12 million copies worldwide and earned her five Grammy Awards, including Best New Artist. Her second and third albums, “The Diary of Alicia Keys” (2003) and “As I Am” (2007), also sold multiple millions of copies and earned her seven additional Grammy Awards. Over her career, Keys has sold over 30 million albums worldwide and won 14 Grammy Awards. Billboard Magazine named her the top R&B artist of the 2000 – 2009 decade.

In December, 2009, she released “The Element of Freedom.” Keys made her film debut in “Smokin’ Aces” (2007) and also appeared in “The Secret Life of Bees” (2008). Keys co-founded and is the global ambassador for Keep a Child Alive, a non-profit organization that provides medicine to families with HIV and AIDS in Africa.