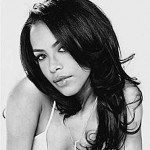 At the age of nine, Aaliyah appeared on the television show “Star Search” and at the age of eleven she performed in concert with Gladys Knight. Her debut album, “Age Ain’t Nothing But a Number,” was released in 1994 and sold more than two million copies.

Both of her next two albums, “One in a Million” (1996) and “Aaliyah” (2001), also sold more than two million copies and were certified double platinum. She appeared in her first major film, “Romeo Must Die,” in 2000 and a track from the film, “Try Again,” earned her a Grammy Award nomination for Best Female R&B Vocalist.

On August 25, 2001, Aaliyah and eight others were killed in an airplane crash in the Bahamas. Aaliyah sold more than 32 million records worldwide and in 2002 was posthumously awarded the American Music Awards Favorite Female R&B Artist and Favorite R&B/Soul Album.