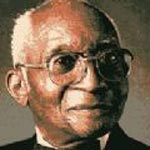 In his later years, Hairston served as a cultural ambassador for American music, traveling to numerous countries with choral groups that he had assembled. Hairston has a star on the Hollywood Walk of Fame for his contribution to the television industry.