By Chimsima Zuhri on November 8, 2010 in African American History, November 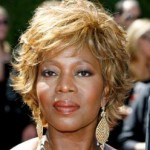 Woodard’s film appearances include “Cross Creek” (1983), for which she was nominated for an Academy Award for Best Supporting Actress, “Star Trek: First Contact” (1996), and “Down in the Delta” (1998). She has also appeared in a number of television series, miniseries and movies for which she has been nominated for 12 Emmy Awards and won four.

In 2010, Woodard won the Grammy Award for Best Spoken Word Album for Children for “Nelson Mandala’s Favorite African Folktales.” She can be currently seen in the television series “True Blood” and “Memphis Beat.”