By Chimsima Zuhri on November 23, 2011 in African American History, November 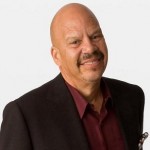 Joyner earned his Bachelor of Arts degree in sociology from Tuskegee Institute in 1970 and began his broadcasting career immediately after graduation. In the mid-1980s, he accepted positions to host a morning show in Dallas and an afternoon show in Chicago, resulting in him commuting daily between the two cities and earning the nicknames “The Fly Jock” and “The Hardest Working Man in Radio.”

In 1994, Joyner was signed to host “The Tom Joyner Morning Show.” In 1998, Joyner founded the Tom Joyner Foundation to provide financial assistance to students at historically Black colleges and universities. Since inception, the foundation has raised more than $55 million. Joyner was named Network/Syndicated Personality of the Year in 2004 by the National Association of Broadcasters.

In 2005, Joyner co-wrote “I’m Just a DJ but…..It Makes Sense to Me” and in 2009 he wrote “Tom Joyner Presents How to Prepare for College.” In 1999, Joyner was the first African American to be inducted into the National Radio Hall of Fame and Museum and in 2008 he was inducted into the International Civil Rights Walk of Fame.