By Chimsima Zuhri on May 30, 2011 in African American History, Civil Rights, May 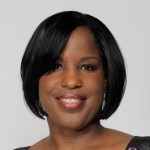 May 30, 1965 Roslyn McCallister Brock, chairperson of the National Association for the Advancement of Colored People, was born in Fort Pierce, Florida.

Brock joined the NAACP in 1984 and in 1991 initiated health symposiums at the annual NAACP national conventions. She also served as vice-chair of the NAACP Health Committee. In 2001, she was elected vice chairperson of the NAACP national board and in 2010 she was elected chairperson, the youngest person to serve in that position. Brock also worked for ten years in healthcare management at the W. C. Kellogg Foundation and since 2001 has served as an executive for Bon Secours Health System.