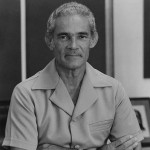 Manley was born December 10, 1924 in St. Andrew, Jamaica. He served with the Royal Canadian Air Force during World War II and graduated from the London School of Economics in 1949. In 1967, he won election to the Jamaican House of Representatives and in 1969 became the leader of the People’s National Party.