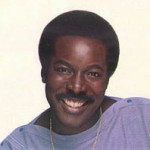 He grew up singing in church choirs. In 1955, he moved to Detroit, Michigan where his forceful and passionate style of singing was developed. In 1959, he joined the Falcons and in 1962 they released “I Found a Love,” which was co-written by Pickett and featured him on lead vocals, which peaked at number 6 on the R&B charts.