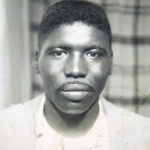 Jackson was born December 16, 1938 in Marion, Alabama. He was a deacon in his church who had unsuccessfully tried to register to vote for four years.

On February 18, 1965, around 500 people attempted a peaceful walk to the Perry County Jail where a young civil rights worker was being held. They were met by Marion City police officers, sheriff’s deputies, and Alabama State troopers who began to beat the protesters. When Jackson attempted to protect his mother, a trooper shot him twice in the abdomen and he died from the wounds a week later.

Trooper James Bonard Fowler admitted to shooting Jackson, but in September, 1965 a grand jury declined to indict him. On May 10, 2007, 42 years after the crime, Fowler was charged with first and second degree murder for the death of Jackson. In 2010, two weeks before he was scheduled to go to trial, Fowler pleaded guilty to a misdemeanor second-degree manslaughter charge and was sentenced to six months in jail.