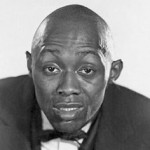 As the result of his success, Perry was the first black actor to become a millionaire. In his personal life, Perry was highly literate and had a concurrent career writing for the Chicago Defender. Perry was often criticized by civil rights leaders for his roles, but in 1976 the Hollywood Chapter of the NAACP awarded him a special NAACP Image Award and in 1978 he was inducted into the Black Filmmakers Hall of Fame.

Perry also has a star on the Hollywood Walk of Fame. Biographies of Perry include “Stepin Fletchit: The Life and Times of Lincoln Perry” (2005) and “Shuffling to Ignominy: The Tragedy of Stepin Flechit” (2005).