By Chimsima Zuhri on May 2, 2011 in African American History, May, Military 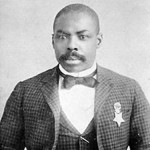 Mays was born enslaved on February 16, 1858 in Carters Bridge, Virginia. By May 11, 1889, he was serving as a corporal in Company B of the 24th Infantry Regiment. On that day, he was involved in an engagement with robbers and his actions earned him the medal which was awarded on February 19, 1890. His citation reads: “Gallantry in the fight between Paymaster Wham’s escort and robbers.

Mays walked and crawled 2 miles to a ranch for help.” Mays left the army in 1893, and in 1922 applied for a federal pension but was denied. Mays died penniless and his grave was marked with only a small stone etched with a number. In 2001, the marker was replaced with an official United States Department of Veteran Affairs headstone. In March, 2009, his remains were disinterred, cremated, and placed in an urn and on May 29, 2009 they were interred in Arlington National Cemetery. 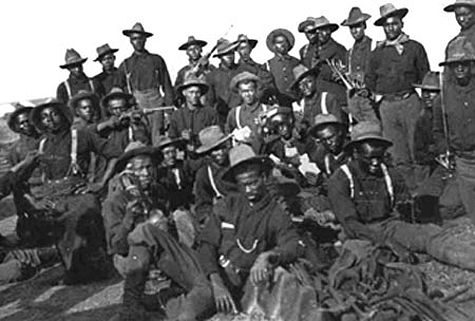