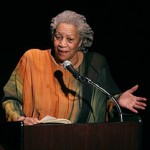 In 1966, she became an editor at Random House where she played an important role in bringing African American literature into the mainstream. Morrison’s first novel was “The Bluest Eyes” (1970) which was followed by “Sula” (1973) and “Song of Solomon” (1977), which won the National Book Critics Circle Award. In 1987, her novel “Beloved” was published and it won the 1988 Pulitzer Prize for Fiction and the American Book Award and in 2006 The New York Times Book Review named it the best American novel published in the previous 25 years.

In 1998, the book was adapted into a film of the same name. Other novels by Morrison include “Jazz” (1992), “Love” (2003), and “A Mercy” (2008). In 1993, Morrison was awarded the Nobel Prize in Literature and was cited, “who in novels characterized by visionary force and poetic import, give life to an essential aspect of American reality.” In 1996, the National Endowment for the Humanities selected Morrison for the Jefferson Lecture, the United States government’s highest honor for achievement in the humanities.

Also in 1996, she received the National Book Foundation’s Medal of Distinguished Contribution to American Letters for “enriching our literary heritage over a life of service, or a corpus of work.” From 1989 to her retirement in 2006, Morrison held the Robert F. Goheen Chair in the Humanities at Princeton University. In 2008, Morrison won the Grammy Award for Best Spoken Word Album for Children for “Who’s Got Game? The Ant or the Grasshopper? The Lion or the Mouse? Poppy or the Snake?” In 2009, she was presented the Norman Mailer Prize for Lifetime Achievement and in 2011 received Honorary Doctor of Letters degrees from Rutgers University and the University of Geneva.