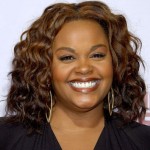 Scott began her performing career as a spoken word artist, appearing at live poetry readings to perform her work. Her debut album, “Who Is Jill Scott? Words and Sounds Vol. 1,” was released in 2000. She followed that with “Beautifully Human: Words and Sounds Vol. 2” in 2004 which contained the single “Cross My Mind” which won the 2005 Grammy Award for Best Urban/Alternative R&B Performance.

Scott continues to write poetry and a volume of her poetry, “The Moments, The Minutes, The Hours,” was published in 2005. In 2007, Scott appeared in the films “Hounddog” and “Why Did I Get Married?” and she returned to film in 2010 in “Why Did I Get Married Too?” In 2009, she played the lead role in the HBO television series “The No. 1 Ladies Detective Agency.”

Scott has established and made significant donations to the Blues Babe Foundation whose mission is “seeks to provide financial support and mentoring for those students who have shown the aptitude and commitment to their education, but whose families may not have the resources to ensure completion of their undergraduate degrees.”